Turin is the capital of Piedmont.

Turin offers an extraordinary variety of attractions and entertainment. It is also located a short distance from the mountains and major ski resorts, as it is easy to reach the Ligure and Western Europe, via France or Switzerland. It is an elegant and aristocratic city, Italy's fourth largest city after Rome, Milan and Naples and, together with the capital of Lombardy and Genoa, forms the so-called Italian industrial triangle. Rich in baroque-style buildings, large avenues, parks, art galleries, residences sabaude, castles, important museums and attractions, Turin is a city that has not yet been attacked by mass tourism, and this has allowed it to keep some of its characteristic features intact. In 2015, the city was the European Capital of Sport and hosted the Shroud's Hostess.

The institutional tourist accommodation activity is run by Turin tourism. There is a civic volunteer group in Turin made up of some 100 people called "Turin&You", which, despite the enormous difficulties in which volunteers work (poor facilities, lack of adequate means of providing information, etc.), covers the structural staff shortages of the tourist accommodation operator "Turin tourism". The group manages an information point and co-manages another point, as well as providing surveillance, assistance and accompaniment to groups visiting art exhibitions (e.g. "the drawings by Leonardo")

The city is close to the rivers Stura of Lanzo, Sangone and Po, with the latter passing from south to north. Another very important river is the Dora Ripaia. Turin stands between the hill and the plain (actually more than 200 meters above sea level) and is a few kilometers away from some important valleys, such as the Susa Valley, and the mountain hills of the Alpine chain, including Monfacia and Monte Rosa.

Turin has a very old story. There have been reports of settlements of Celto-Liguri populations dating back to the third millennium BC, but in general the birth of the city coincides with the foundation of a Roman castrum during the countryside in Gaul led by Julius Caesar. The first Roman insidiation in 28 BC became a real colony called Augusta Taurinorum (one of the former Celto-Liguri peoples), from which the current toponym of Turin derives.

After the fall of the Roman Empire, Turin was later ruled by the Ostrogots, the Longobards and the Franks of Charles the Great. In 1940, the Make of Turin was founded and the city passed under the control of the royal house of Savoy, becoming the capital of the duchy in 1576. In the next century, the city expanded, exiting the Roman wall and conquering the area of Monferrat and the city of Asti, as well as an outlet to the sea.

Since the beginning of the 17th century, after rejecting a long siege by the French and Spanish, the city has finally become the capital of the Kingdom of Sardinia governed by Savoy.

At the beginning of the 19th century and after the Congress of Vienna, Turin also saw itself assigned the kingdom of Genoa and Liguria, which laid the foundations for the unity of Italy that would take place over the next 50 years. Turin became the first capital of the Italian kingdom from 1861 to 1865, when the status of capital was assigned to Florence and, since 1870, to Rome.

Since then, Turin, deprived of its capital, had to regain a predominant role. As a token of moral compensation, a tax-benefit policy was implemented that encouraged the establishment of new establishments and international trade fairs, which soon made it one of Italy's largest industrial cities.

The era of World War II was very hard for the city, which was repeatedly bombed. To this must be added the fascists' and anti-fascists' struggles, in addition to numerous acts of violence perpetrated by the Nazis, were liberated from the partisan brigades

The end of the war saw Turin become, thanks to FIAT, the country's main industrial hub, marking the path of the economic boom and attracting thousands of migrants from southern Italy.In Turin, Rai and Sip were also set up as the first telecommunications companies in Italy.

Turin is also a city of culture, and every year there is the International Book Fair, one of the most important events in the industry, and it's also one of the main sites of the Slow Food movement, which organizes Earth Mother and the Gusto Salon. It hosts the Egyptian Museum, which is the second largest in the world because of the importance of collections collected

In recent years, especially since the 2006 Winter Olympics, Turin has undergone a major transformation with the modernization and redevelopment of many peripheral areas, which have brought it back to the splendor of the best times.

Via Garibaldi corresponds to the Roman-era Decumanus Maximus. It is a pedestrian island and connects Castello Square with Stationary Square.

The first one is the most famous town square. The royal palace and the Palace of Madama are located there.

Course Vittorio Emanuele II runs from east to west in the south of the center. At Carlo Felice Square are the entrances to Porta Nuova train station, the most important in Turin.

The center is bounded north by the longest course Regina Margherita, which begins at the homonymous Po bridge and ends after 9 km at the ‘A55’ junction

On the left - hand side of the course Regina Margherita (shoulders to the river) are the Royal Gardens and the Mole Antonelliana, symbol of Turin, in Montebello Street. A little further, it is the square of the republic, home to a large open - air market. Every Saturday morning there is a historic flea market known as Balôn.

Among the roads running in the south-north sense, the most important is via Rome, which starts at Porta Nuova train station, terminating at Castello Square. It forms about half way through St Charles Square, Turin's most scenographic square, closed on its southern side by the twin churches of St. Cristina and St. Charles, both of the 18th century, and on the east and west sides by buildings with doors.

Palazzo Carignano is one of the most important buildings in Turin and is also part of the residences sabaude beneath the Unesco heritage one of the most beautiful examples of Italian Baroque, in 1848, the Carignano Palace became the seat of the Chamber of Deputies of the Subalpine Parliament

Turin is easily accessible via the following motorways:

Two tourist boats (Valentine and Valentina) are available on the Po River, which are operating the Murazzi-Moncalieri route. After the 2016 Turin flood, the two vessels are temporarily out of use.

Turin has several railway stations. The main access points to the city are three:

Most buses outside the city end up at the Terminal Bus Station in C.O. Vittorio Emanuele 131/H, at the Adriano Square. Europe and Sadem bus lines operate there

In Turin, it is possible to travel by subway, tram and bus.

The automatic metro, which was inaugurated in 2006 during the 20TH Winter Olympics, runs for 13.4 kilometers and has 21 stations. The two ends are firm and ingotto. The subway passes through railway stations Porta Nuova and the new "Door Susa".

In Turin, it is quite easy to move by car for the city's four-ring plant and the large roads it has, despite the sometimes confusing traffic and traffic system. Some roads in the center (also appropriately marked with led panels) are banned from private traffic at pre-determined times and, in the case of public transport, for all 24 hours.

It is suggested that particular attention be paid to the area north of the square of the Republic in the direction of the motorway (Corso Giulio Cesare, Corso Vercelli...), as pedestrian investments occur with a greater impact than the rest of the city. 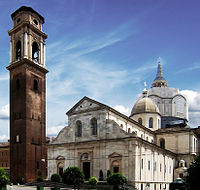 There's a series of rooms in the central hall dedicated to different genres of film.
A wide - screen elevator is inside the museum, with transparent crystal walls, up to 85 meters high from which you can see the city.

Out of the center

In order to access free entry or reduced ticket prices in some museums, you can purchase the Turin+Piedmont Card from the tourism offices and some museums. In addition, multi-day tickets for public transport in Turin can be added to the card.

Turin is not Italy's most famous shopping town. There are many high - end shops and small shops in the city. shops with typical products like wine are also popular. Libraries are also very popular in Turin, and there are many on the Po Street.

How to have fun

Many nightclubs are concentrated on the river Murazzi del Po, especially in the forecasting section of Ponte Vittorio Emanuele I, and in the area around the Church of the Grand Mother beyond the Po River. The Piazza Vittorio Veneto and the neighborhoods of San Salvario and Quatrilatero Romano are rich in aperitif rooms, restaurants and nightclubs.

Turin is most likely the city with the most public water fountains in the world where you can drink water for free. There are fountains everywhere, from the center to the periphery, and thanks to the nearby mountains, the water quality is excellent.

Turin can generally be considered a safe city. Be aware that the port Nuova railway station area can be quite dangerous on the eastern side, not just at night; attention to pickpockets! This is particularly true of the Saint Savior districts, which are located between the Valentine station and the Valentine's Park. Be very careful, especially with your luggage and backpacks.

Even areas near the Palace Door can be dangerous, especially on smaller roads.

Turin is home to two football teams, Juventus and Turin, playing in the A-Series. Juventus plays Juventus Stadium in the north of the city, while Turin plays the Olympic Great Turin Stadium renovated for the 2006 Winter Games. The rivalry between the two clubs is intense, but despite the coexistence between the supporters of the two teams in Turin is peaceful. However, caution must be observed in the vicinity of the derby, which is particularly acute, and where disturbances may break out near the stadium hosting the game. It will be noted that many Turin fans (the team with the largest number of fans in the city) also tend to wear gadgets of various kinds in their everyday lives to identify them; this should not be attributed to people who are violent or in search of trouble. However, weirdos whose colors and patterns can be traced to one of the two teams when the other has a match in mind should be avoided: Black white strips of Juventus, and Turin grenade red. Cautiously, it would also be appropriate to avoid the colors of some other teams when they come to Turin to play against Juventus, especially those of Milan (black red stripes), Inter (blue black stripes) and Fiorentina (purple). Similarly, the meshes of Atalanta (blue black stripes) and Sampdoria (blue with an encircled coat of arms) should be avoided when the Turin is playing at home. The meshes of the foreign teams except those of Benfica (Portugal) and River Plate (Argentina) for their long twinning with the fans of Turin are indifferent. The Liverpool jersey in England is to be avoided because of the memory of the Heysel stadium massacre.

How to stay in touch

The residences Sabaude, a series of castles built by the Savoia family, were of particular value in the outskirts of Turin, which were the title of king of Sardinia and then became sovereign of Italy (see Wikilobro)